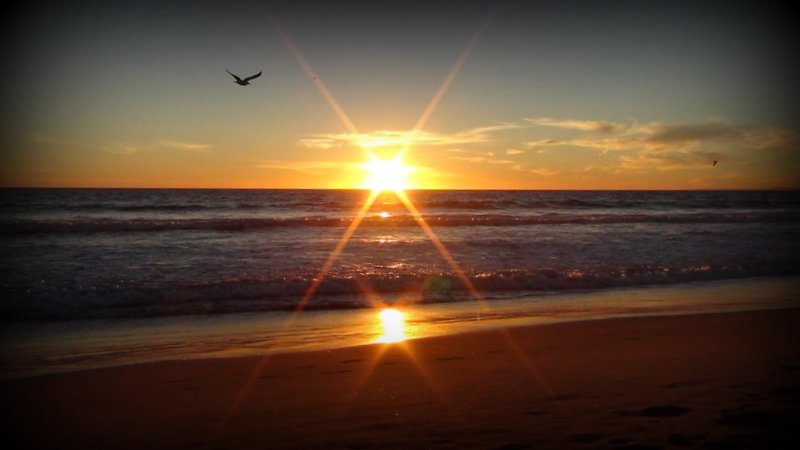 The road seen, then not seen, the hillside
hiding then revealing the way you should take,
the road dropping away from you as if leaving you
to walk on thin air, then catching you, holding you up,
when you thought you would fall,
and the way forward always in the end
the way that you followed, the way that carried you
into your future, that brought you to this place,
no matter that it sometimes took your promise from you,
no matter that it had to break your heart along the way:
the sense of having walked from far inside yourself
out into the revelation, to have risked yourself
for something that seemed to stand both inside you
and far beyond you, that called you back
to the only road in the end you could follow, walking
as you did, in your rags of love and speaking in the voice
that by night became a prayer for safe arrival,
so that one day you realized that what you wanted
had already happened long ago and in the dwelling place
you had lived in before you began,
and that every step along the way, you had carried
the heart and the mind and the promise
that first set you off and drew you on and that you were
more marvelous in your simple wish to find a way
than the gilded roofs of any destination you could reach:
as if, all along, you had thought the end point might be a city
with golden towers, and cheering crowds,
and turning the corner at what you thought was the end
of the road, you found just a simple reflection,
and a clear revelation beneath the face looking back
and beneath it another invitation, all in one glimpse:
like a person and a place you had sought forever,
like a broad field of freedom that beckoned you beyond;
like another life, and the road still stretching on.

Watch him deconstruct two poems including “Santiago” in his TED Talk here:

And I will add my own reflection ~

As it is in nature so is it also in us: Change is the only permanence. May I embrace it as gracefully as the leaves that decend in fall and the flowers that bloom spring; peace with impermanence.